5 Unexpected Things You Might Not Know About Living in Boston, MA

Boston is well known for its baked beans, Fenway Park, the Boston Marathon, and the fact that it is sort of a mecca for students and academia. But there are still a few things you’ll discover about Beantown if you dig a little deeper. And it’s a lot more than just a rich history as one of the oldest municipalities in the United States.

Boston is truly significant in shaping the nation as we know it. It has been ground zero of several critical events in the American Revolution, including the Boston Tea Party, the Battle of Bunker Hill, and the Boston Siege. But it also has had several other milestones that not many locals may be aware of.

Here are a few of the things that residents may have overlooked or never really realized about their beloved Beantown.

Being one of the oldest municipalities in the country means that it has the distinction of many firsts. Many of the things locals may take for granted actually have the cultural significance of being the first in the country.

Even though New York City is world-famous for its subways, it was actually in Boston where the first subway system was established. The Tremont Street Subway dates back to 1897, and the first police force in the country is also traced back to Boston in 1838. In terms of its roots in academia, Beantown has the pride of having the first free municipal library and public school.

Some other exciting firsts include having the first chocolate factory, the first public park, and the first lighthouse. It’s very possible that these aren’t the only firsts accredited to Beantown, considering its deep history.

Of course, everyone’s heard of the Boston Marathon, but that’s not the only reason Boston has the distinction of being one of the healthiest cities in the country. It’s because it has some of the most active residents owing to its incredibly easy access to public parks, playgrounds, and farmer’s markets. In fact, every neighborhood in Boston has a place for either walking, running, biking, a combination, or a host of other exercises. And it also boasts the highest percentage among U.S. cities of residents that walk to and from work.

The American Fitness Index has named Boston among the top ten fittest cities in the country. Another contributing factor is that Boston is home to some of the most prestigious medical schools, facilities, and teaching hospitals. 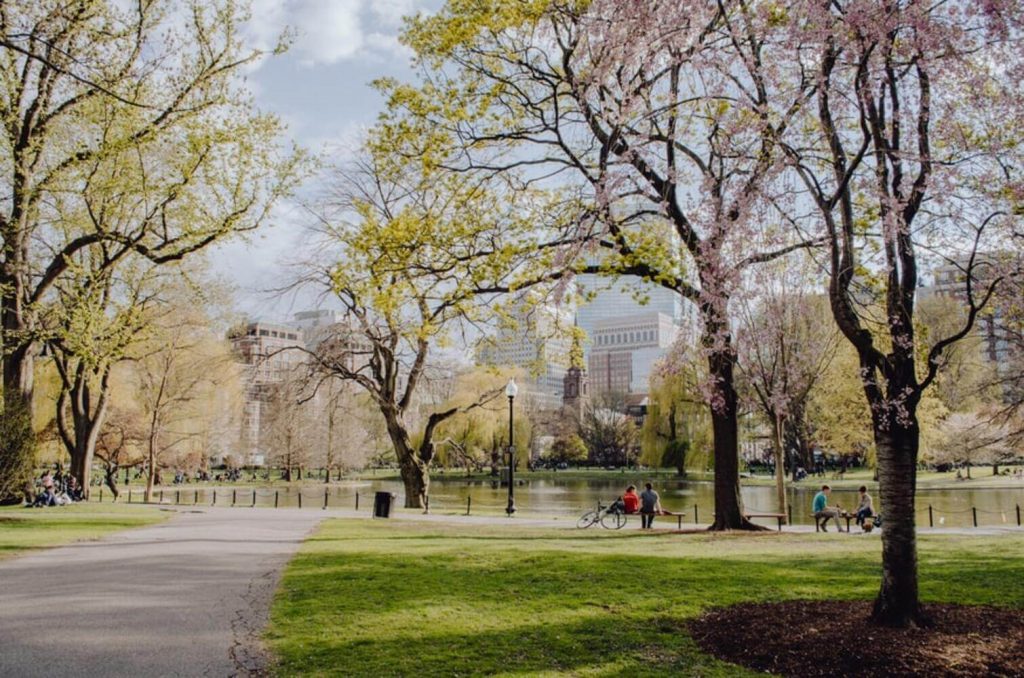 Boston is a great place to go to when you want to start getting healthy.

3. The Quality of Life

Being one of the healthiest cities in the country also has a relation to being one of the best in quality of life. In 2017, Deutsche Bank ranked Boston as the best city globally – and in terms of U.S cities, it was at the top of the list. The trend continues today, with Boston being ranked high in the best places to live in the Northeast. This is probably due to a robust local economy that thrives on innovation in higher education, health care, financial services, and technology.

Of course, quality of life isn’t a result of just the economy – Boston has some of the most culturally rich and family-friendly attractions. Not only is the city committed to driving innovation, but it’s also deeply committed to supporting the arts. The Boston Center for the Arts is just one of the many world-renowned institutions that it supports.

Aside from the many public parks, playgrounds, and water activities, Boston also has The New England Aquarium and other activities for the whole family to enjoy. Boston is far more than the historical and academic center it’s well known for.

Digging deeper into the History of Beantown, it’s surprising that a significant portion of the city was actually underwater. West End, South End, and the Seaport District are some neighborhoods that didn’t exist until the city started filling in parts of the bay and Charles River in the 1800s. Over five thousand acres of Boston is artificial land gained from reclamation projects through the decades. It’s surprising to learn that the neighborhoods are sitting on wood pilings.

Beantown was actually named Shawmut Peninsula when the puritans first arrived. There are maps depicting Shawmut surrounded by water. A very different look compared to the Boston of today.

Its access to water is also unique in that Boston is the only state capital with an oceanic coastline. Boston mainland has over 40 miles of shoreline, and there are up to 34 harbor islands that are open to the public in certain seasons.

5. The Lack of Happy Hour

Massachusetts was one of the states affected by the Blue Laws, and Boston is unique in that it still upholds some of the laws to this day in one form or another. Happy Hour food specials are still available throughout the states, but drink specials are entirely banned. However, this law is tied to a 1984 death caused by drunk driving.

Even more surprising is that Christmas was banned for over 20 years in Boston. There were many reasons that the puritans enforced the law, but it is good to know it was eventually revoked in 1681. Although some more interestingly weird laws are still leftover but not enforced. You need a special license to wear a goatee, you’re not allowed to snore at night with your door or windows open, and two laws prohibit swearing. You can get fined for swearing at a player or official at a sporting event – considering how big Boston is on sports; it’s really good this isn’t strictly enforced.

A life without happy hour may seem a little gloomy, but in Boston? Nope! You’ll still have a good time!

Boston is an extraordinary city – but of course, many cons go with the pros. Along with its quality of life, the cost of living is pretty high in Beantown. But many residents will tell you that it’s worth it.

moving tipstips for a move